A Milestone in Opening the Brazilian Sanitation Sector to Private Investment 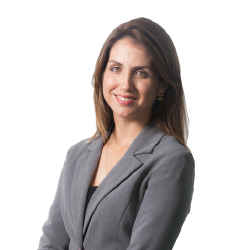 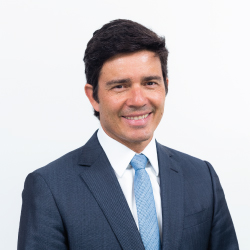 Although Brazil is one of the world's top ten economies, it shows a huge shortage of infrastructure structuring projects. Historically, the basic sanitation sector has been of secondary importance in the country's national public policies, despite its importance for public health and sustainable development.

As a result of the lack of policies and investments for decades, Brazil currently holds negative indicators in the sector. The country is in 112th place in the world ranking for the provision of sanitation services, and 35 million Brazilians do not have access to the sanitation system and drinking water supply. The numbers demonstrate the huge demand for projects in the area.

As one of the measures in the attempt to reverse the situation, Federal Law No. 14.026, an initiative of the Federal Executive Branch, was passed in June of this year, establishing new national guidelines for basic sanitation. As announced, the government's goal is to achieve universal sanitation services by 2033, ensuring that 99% of the population has access to drinking water and sewage treatment and collection.

The new legislation brings significant advancements towards the opening and attractiveness of the sector to private investments. Three of these deserve to be highlighted. The first was the prohibition of extension or execution of the so-called Program Contracts (Contratos de Programa). The market of public sanitation services has always been dominated in Brazil by companies controlled by the State. This scenario was mainly due to the possibility of state-owned companies to enter into the referred Program Contracts with the cities, holders of the services, without any previous public bidding. With the end of these Program Contracts, the cities will be required to hold open bids also to the private sector for the delegation of water supply and sewage treatment and collection services, which may be bid in block or separate, depending on the project modeling.

The second important legislative advance provided by the new law was to allow the gathering of more than one unit of the Federation to delegate the management and execution of services in their respective territories in an integrated manner, in order to generate economies of scale and the technical and economic-financial viability of services. The initiative seeks to solve the problem of the cities that, by themselves, do not present enough demand to justify the necessary investments in sanitation infrastructure.

The third and last refers to the regulation of the sector. While in the previous scenario, it was up to each of the thousands cities to regulate basic sanitation services, the Federal Law assigned to the federal regulatory agency, the National Water Agency – ANA, the responsibility of passing standard norms for the sector, in order to provide greater legal certainty to its players by improving the rules applicable to contracts, reducing susceptibilities to political interference and structuring more solid tariff policies.

The new regulation is surely the biggest Brazilian legislative initiative for the improvement and opening of the sector to private investments. Although it is a new law, it already seems to be showing positive signs. Two months after its promulgation, there has already been a tight dispute by market players in the concession contract for water supply and sewage treatment and collection services in the territory of a block formed by 13 cities of the Metropolitan Region of Maceio, located in northeastern Brazil. The contract has a term of 35 years and estimates investments of around 2.6 billion in basic sanitation infrastructure.

There are several opportunities projected for 2021. Combined with effective public policies, Federal Law No. 14.026 promises to be a milestone to the attractiveness of private investments for the Brazilian basic sanitation sector.